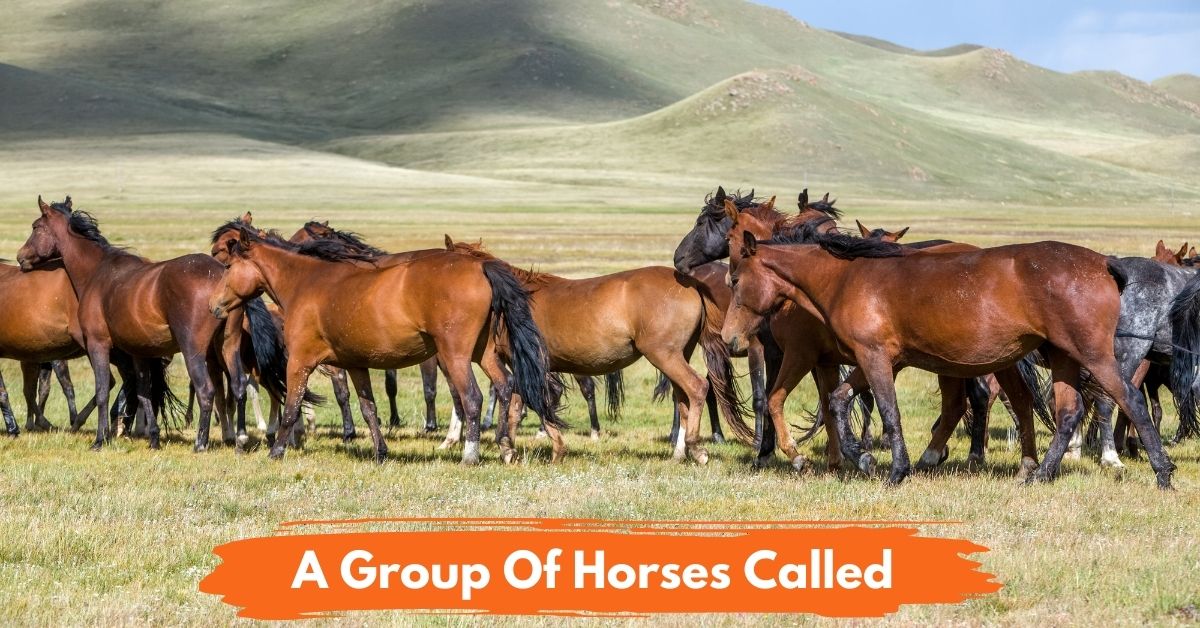 You may wonder what a group of horses is called. And why do horse groups have various names? Here you can find the answers.

Actually, different groups of horses may have various names according to their purposes, functions, features, characters, even breeds, and so on.

As a horse fancier, I have been watching various equine performances and races and dealing with many horse groups. And I find that countless terms could be employed to define horse groups.

In this article, you can pick up different names of horse groups and their meanings.

What’s The Name For A Group Of Horses?

In this way, there are varied terms for various horse groups in the equestrian world. And many things could be taken into consideration when naming a group of horses.
In addition, horse fanciers may call a group of horses rag, a harras, a stud, and even a string of horses, and some other names. 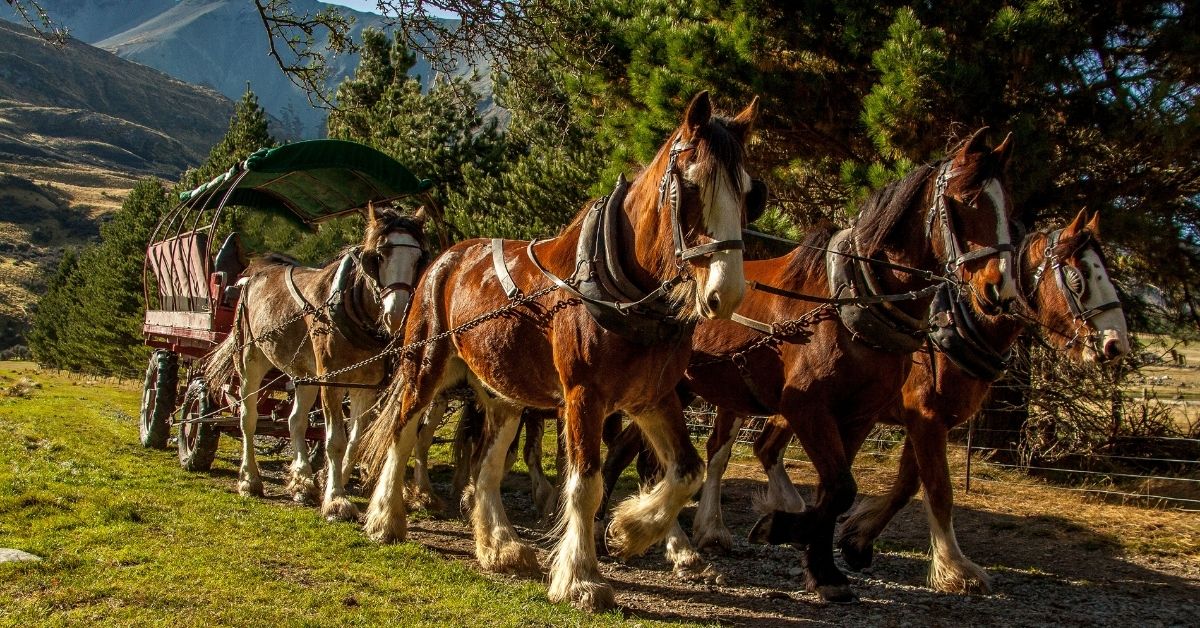 If the group of horses is intending to take part in a team-like activity, they are referred to as a team of horses. And people tend to use the term “team” to refer to horses engaging in “team-like” activities.

Besides, “a team of horses” may refer to a group of horses that are working together such as working the field or pulling a cart.

Generally speaking, harras of horses is rare to hear these days for this term is not used frequently nowadays. Only some ranchers in English-speaking countries use harras of horses to call a group of horses.

Specifically, Harras used to refer to stub farms, thus harras of horses can be regarded as a stub of horses, usually, a group of male horses kept for breeding. Besides, this term is also used in some horse farms in French-speaking countries.

When talking about a stable, a shed or a horse room may come to your mind. The term stable usually refers to a place or shed where horses live.

In this way, some people may think that a stable of horses is used to describe a group of domesticated horses living in a stable. But it is not true. 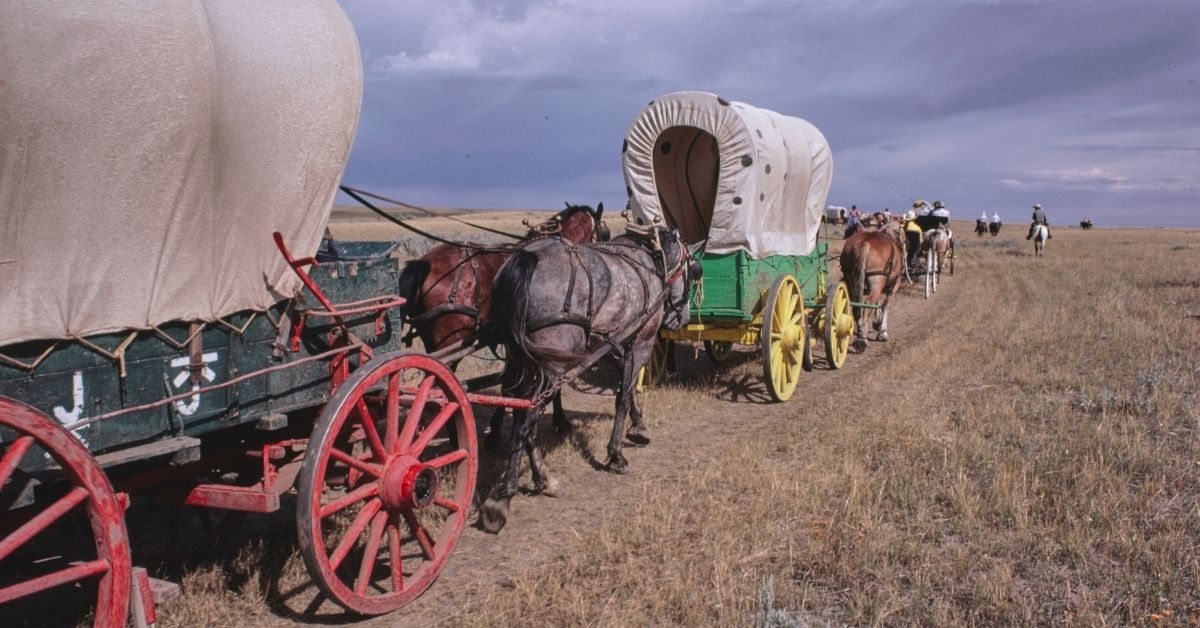 The term “a troop of horses” is uncommon to hear in our daily life. But it has been used since ancient times.

This is because horses are used in armies to serve commands and soldiers for a long time. As a result, a group of military horses is often regarded as a troop of horses.

They are serving as horse guards in the army. And military horses have also made great contributions to the transportation of military supplies and offensive or defensive wars, especially before the industrial revolution.

A herd of horses generally refers to a group of horses that are chatting and playing with each other outdoors while grazing.

Horses groups participating in herd-like activities, like moving from one place to another as a group, are often described as a herd of horses.

Besides, a herd of horses often spends time playing on the pasture. And the term “herd” could also be used to describe other animal groups.

It is uncommon to mention this term nowadays. You may be astonished to find that this term is quite popular in the 19th and 20th centuries.

A rag of horses often refers to a group of male horses which are uncastrated and below four years old. In this way, a rag of horses is made up of colts.

Recently, only a few people know this term and use it in daily life. 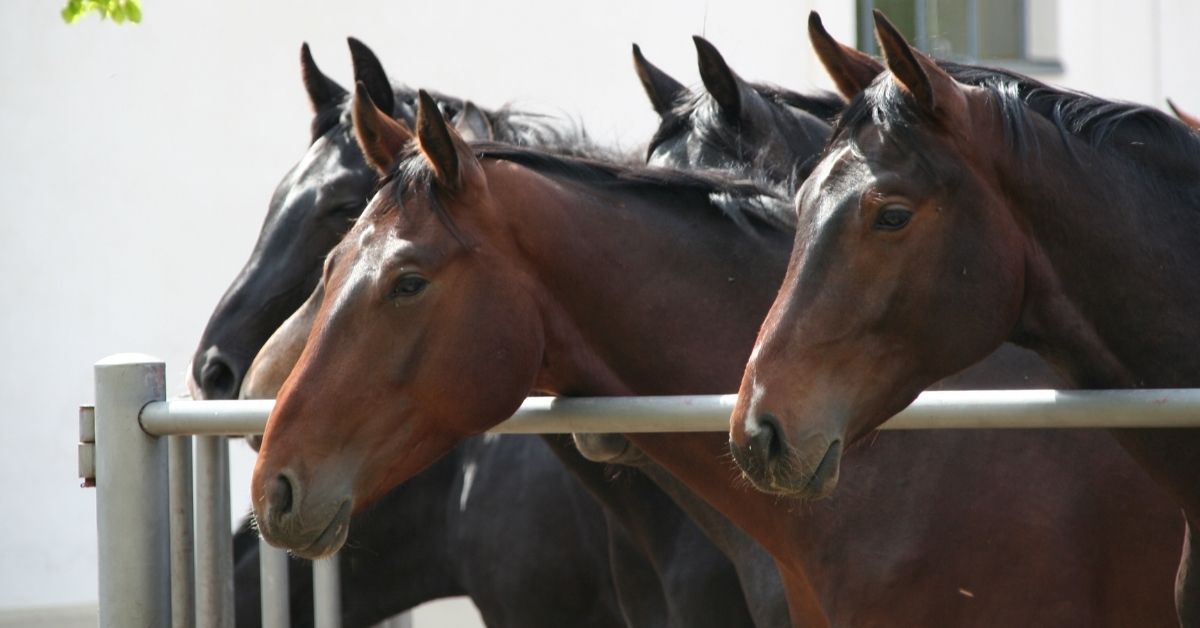 A group of horses is called a stud for they are reared so as to breed baby horses. And a stud of horses usually is male horses.

Horse owners may keep the male horses on a stub farm in order to protect the special horse breeds from going extinct or improve other breeds.

A string of horses often refers to describing a group of horses belonging to a person or employed by an individual.

Sometimes, a string could be made up of a group of ponies. And a string of horses may be raised to take part in various activities.

Usually, a string of horses may be owned by a cowboy. And each of them often has special strengths and purposes.

Since ancient times, horses have been used for transportation, riding, entertainment, and so on. They are not only useful animals but also our partners.

Horse groups also play a crucial role in riding, transportation, especially wars. Thus, different horse groups may have various names based on their gender, age, or other features.

As horse fanciers, it is common for us to encounter various groups of horses. So, it is necessary for us to get some knowledge of the horse group names.

How Many Horses Make A Herd?

A herd of horses may be made up of 3-25 horses or even more numbers. Ans a herd may be composed of several mares and their offspring, including less than five stallions. 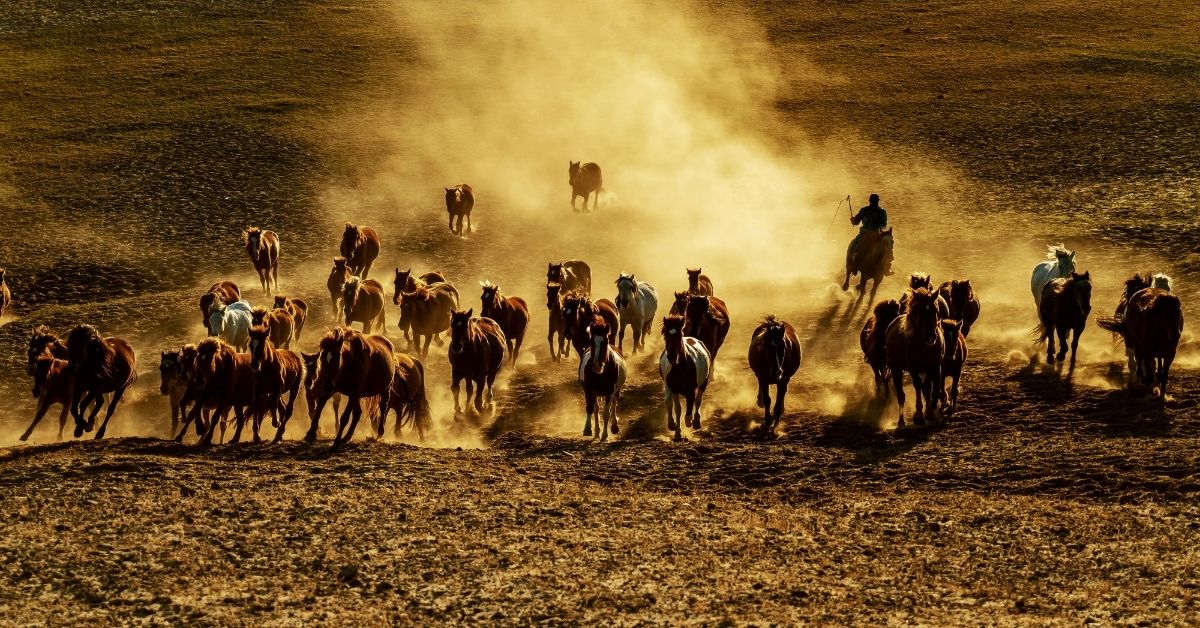 Is A Group Of Horses Called A Herd?

Yes. You could call a group of horses a herd, especially when they are playing, moving, or grazing outdoors.

A group of wild horses living on pasture may also compose a herd of horses. And a herd could also be used to describe other herd-like animals.

What Is The Leader Of A Horse Herd Called?

Usually, every horse herd, especially a wild horse herd, has a stallion as its leader, which could protect other members. And the male leader of a horse herd, often a stallion, is often called “alpha”.

At the same time, there are one or two old mares as leaders in the horse herd. And they could help to find food and water for the herd.

What Is A Group Of Wild Horses Called?

Generally speaking, a group of wild horses could be called a herd of horses. And they could live on a pasture or grassland by themselves.

What Is A Group Of Female Horses Called?

What Is A Group Of Ponies Called?

What Is A Group Of Hippos Called?