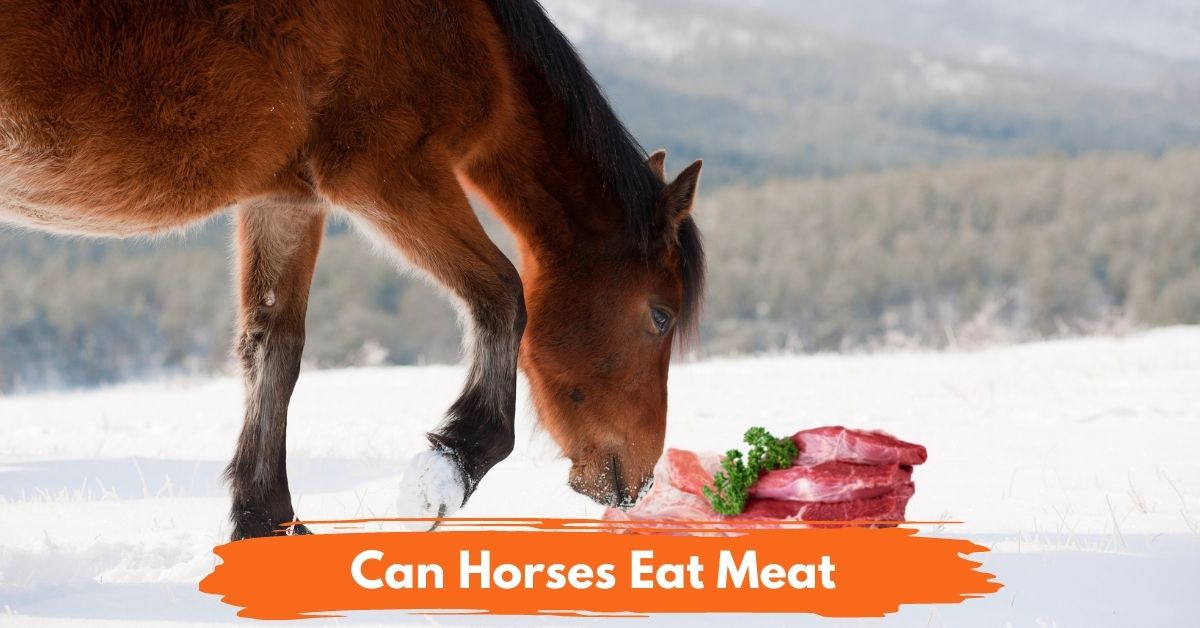 On farms, we feed horses with hay and grain, and they graze when placed in a pasture. Equines can get the nutrition they need by consuming grasses, so they’re herbivores. They don’t hunt like tigers and lions since they don’t have fangs to rip the meat off the prey.

Can horses eat meat? We may have the same reaction to this matter. It was hard to believe when I first heard about it, as I know that horses are herbivores all along. You can’t blame my skepticism, as my horses don’t eat meat.

Although I thought it was a myth, I searched for related information and facts. Curiosity made me do it, leading me to gain more knowledge which I’m sharing in this article.

Horses eat meat, and people in some parts of the world have known it for around four millennia. The book entitled Deadly Equine has a lot of stories about it. They happened throughout human history.

Before you get this book, make sure you don’t have a weak heart to deal with the horrid details. One of the stories you can read in the book is about Bucephalus, a black horse with a massive white star on its forehead. Alexander the Great was the only man who could mount him because many thought of him as a vicious horse.

People were reluctant to mount Bucephalus because of their beliefs. They thought of it as an offspring of a meat-eating mare. 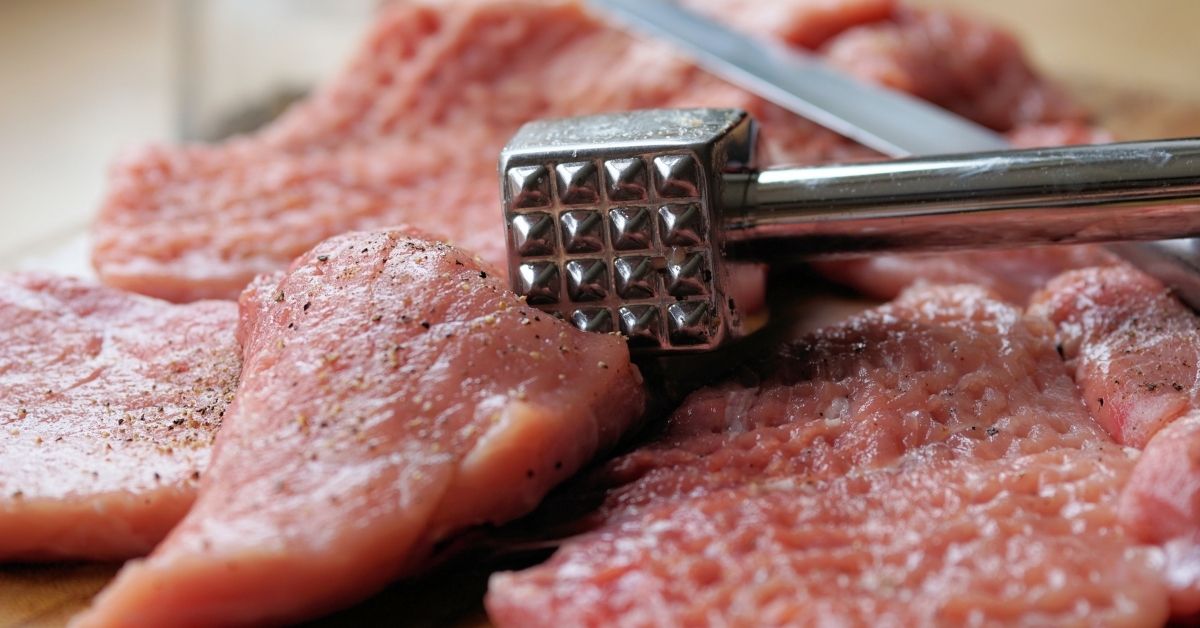 Why Do Horses Eat Meat?

Apart from the stories in the said book, here are some facts on why horses eat meat.

As you can imagine, it’s hard to find a supply of grass in cold areas during winter. Yes, you may prepare for freezing days, but shortages can happen. Horse owners have no choice but to find other food sources.

The first example is the practice of integrating protein into horses’ diets in Tibet. Horses in the regions of Tibet have a meal of grain mixed with blood. Those that eat meat have a higher value than horses that don’t. A German team filmed these meat-eating horses.

Bhutan, a country that rests beside Tibet, has the same practice of feeding horses. The equine in Bhutan used to consume yak meat and tiger fat. Lord Chamberlain of Bhutan confirmed this information. But tiger fat is now excluded.

In Iceland, some people give their horse salted herring during winter. This country has an abundant supply of dried fish, so farmers have some to spare for their horses. It also happened during the Alaska and Klondike gold rushes. Horse owners feed their horses dried fish as the transport of hay and oat is difficult during winter.

Journey in the Desert

National Geographic made a documentary about the meat-eating horses of a Kazakh chief. The publication of this story was in 1954 through its magazine. The tribe trained these horses to eat meat to survive in the grassless desert.

The Bedouin people have the same treatment with their horses as they tread the desert too. Since there are no plants, the horses turn to honey, camel meat or fat, and dried locusts.

Horses graze and even forage outdoors. Due to their curiosity, they grab everything that catches their attention. An example of this is one of the things that the BBC filmed. It was a horse that ate fish on its own accord on the British Island.

Mineral deficiency fuels curiosity on horses too. As they’re not satisfied, they keep on looking for more food. Horses have a behavior called ‘pica,’ and it’s their way of getting the minerals they need. It’s when they sample foods that they don’t usually eat, like antlers, bones, and cartilage.

Some horse owners recognize the protein needs of horses. So, they don’t think twice about adding supplements like beef gelatin and bone meal.

Is Meat Good For Horses?

Meat is unsuitable for horses if in a large amount and with toxins. People who occupy the tundra and desert train horses to eat meat. They believe that there are no ill effects. But no scientific evidence proves its worth to the equine’s health.

Horses can have botulism when they ingest meat with toxins. It’s a disease that comes from a potent toxin called botulinum. This toxin is sometimes found in the heart.

It weakens the horses, so you’ll see them always lying down. Colic and bladder paralysis come with botulism. When it happens, there’s a high chance of death as respiratory muscles stop working. 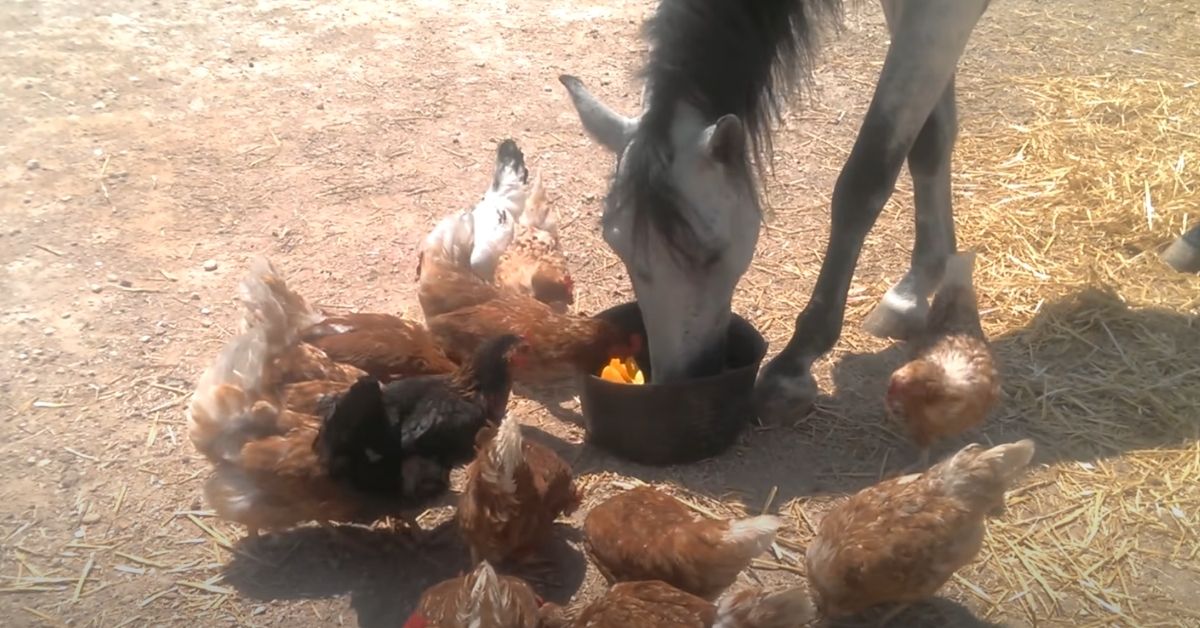 Horses are herbivores, so they’re not recognized as meat eaters. As you’ve seen, horses have flat teeth suitable for chewing and grinding. You’ll think they’re not sharp enough to cut into the flesh.

You should know that your horses can’t vomit, unlike carnivores. So, they can’t expel spoiled meat or something terrible out of their bodies. This ability is not helpful to horses. They’re expected to eat grass that doesn’t get worse for the digestive system.

They don’t have gallbladders, either. This body part handles fat digestion. Note that horses can only take up to 20% fat. If the amount of fat exceeds this percentage, no gallbladder can digest the fats from meat.

Yet, the digestion of protein and oil is considerable. This process requires the right amount of amino acid based on a study. The breakdown of protein is impossible if the amino acid is inadequate.

A small piece of meat will be fine, but you can compromise the animal’s health. Protein and other substances ingested lead to colic, laminitis, and metabolic acidosis. These diseases pertain to disorders that occur in the digestive system.

Do Horses Have Meat Eating Teeth?

You may wonder why some horses choose to eat meat with their molars. So, let’s dig deeper into the horse’s dental anatomy. You may be one of the people who usually think about the cheek teeth of a horse. They’re the molars and premolars, which are on the side of the mouth.

As a horse chews, those teeth wear away in an irregular pattern. So, some points and hooks sometimes cut into their tongue. That’s why it’s necessary to have floating, which is the grounding down of the teeth using a rasp.

Some horses’ teeth don’t only have sharpness because of continuous chewing. They have natural incisors and canines in the front part of their mouth. These teeth may not be noticeable, but they include the worn molars to chew the meat.

What Meat Do Horses Eat?

Here’s a summary of the kind of meat that horses eat based on sightings shared in forums.

Some horses kill birds and eat their eggs. They usually attack small birds or fledglings after finding a nest. Also, they can eat a rodent when they come across it.

Horses would consume only a tiny amount of meat as they forage. They’re interested in bones and antlers, which contain minerals. Some horses consume carrion too.

As mentioned, feeding a horse with salted fish in Iceland is common. This practice occurs in winter when the main diet is scarce.

Some horse owners testified that some horses like human food. For instance, they reach out for hotdogs, chicken nuggets, and burger patties. Horses are not selective in doing this as they only want to have their master’s food.

Wild horses, like small birds and rodents, eat a small amount of meat. Cows and deer also do the same thing.

What Would Happen If You Fed Horse Meat?

Horses can stay healthy with a diet of grass, hay, or tender plants. I must say that there’s no need to provide them with meat if you have enough supply of these things. You instead give them fruits as occasional treats as they can get vitamins and minerals.

If you feed your horse meat, you can’t be sure there’s nothing harmful in it. The naked eyes can’t tell the danger. You’ll regret it if your horse gets colic and other digestive disorders. The worst part is when it ends your horse’s life.

When horses get ill, you need to see a veterinarian. You must be careful with your horse’s diet to save time, effort, and money. It’s better to stick with the conventional practice rather than try something new.

Although there are real stories about horses that eat meat, I don’t want to do the same thing. They have sharp teeth to chew the flesh, but digestion is the biggest concern. Horses are herbivores, so their digestive system is not for processing meat and fat.

Due to this reason, I don’t want to put my horses at risk of digestive issues. Their health is the most important thing to me. I’ll keep feeding my horses hay and the right supplements.