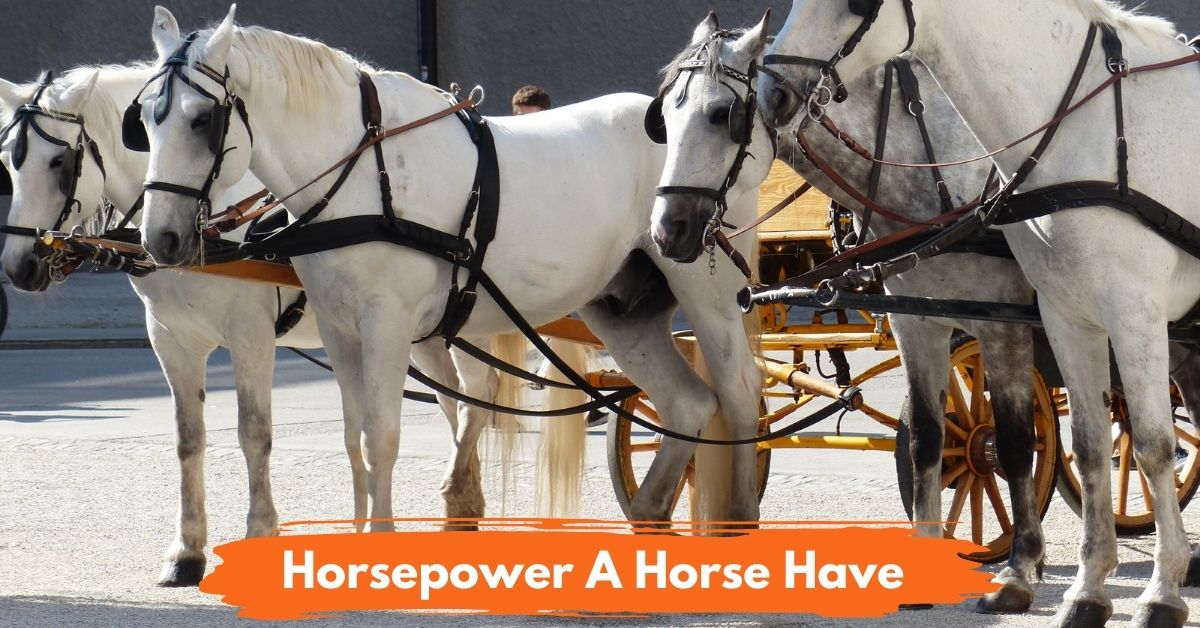 A horse can have the greatest 14.9 horsepower at its fastest speed. It may vary from horse to horse, though. For instance, the horsepower of a sturdy draft horse differs from that of a lighter Arabian horse.

I can’t help but wonder if humans can keep up with the horsepower of a horse. Out of curiosity, I searched for it.

The average running speed of a human is 8 miles per hour which are 1.2 horsepower. Even Usain Bolt, the fastest man in the world, will still be behind an agile horse.

You may also wonder why the word ‘horsepower’ is in the motors of cars and boats. Horsepower measures the power of these things to cause movements.

In this article, you’ll learn about horses’ capacity. You’re also about to find out if horsepower has any direct connection to these animals.

Horsepower is the unit of measurement for power. Moreover, it refers to the rate of work. It’s expressed through the mechanical horsepower or metric horsepower.

The way to determine mechanical horsepower is by the foot-pound per second.

The word ‘horsepower’ came from the idea of James Watt, a Scottish engineer. As you can see, the other term expressing horsepower is his family name.

This Scottish engineer applied the horsepower metric in the late 18th century. It’s Watt’s way of introducing people to the output of the steam engines that he invented to the people.

Now Most countries use the international system of unit watt for measurement of power. and in 2010, the EU Directive labeled horsepower only as an auxiliary unit.

Relationship Between Horses and Horsepower

The output of horses is the basis of James Watt making the word ‘horsepower’. It’s not a mere word, but it contributed a lot to the popularity of the steam engine.

But the original idea came from ‘The Miner’s Friend’, a book by Thomas Savery in 1702:

“So that an engine which will raise as much water as two horses, working together at one time in such a work, can do, and for which there must be constantly kept ten or twelve horses for doing the same. Then I say, such an engine may be made large enough to do the work required in employing eight, ten, fifteen, or twenty horses to be constantly maintained and kept for doing such a work…”

It wasn’t easy to convince people who used horses to replace the animals with engines. So, Watt compared the functions of steam engines to the abilities of horses.

There’s a legend about how Watt created the term ‘horsepower’. One of his first customers was a brewer who challenged him. This person asked Watt to make a machine with the same ability as his strongest horse.

As a result of accepting the challenge, Watt created a machine. He then coined the term ‘horsepower’ to describe its output.

How to Calculate Horsepower?

Watt discovered that a horse could turn a mill wheel with a 12-feet radius 144 times in an hour. He proceeded with the calculation that horses can travel 2.4 times per minute with the said wheel. therefore, every minute the horse travelled:

Then, he found out that the horse could pull 180 pounds-force. so horsepower can be expressed as: 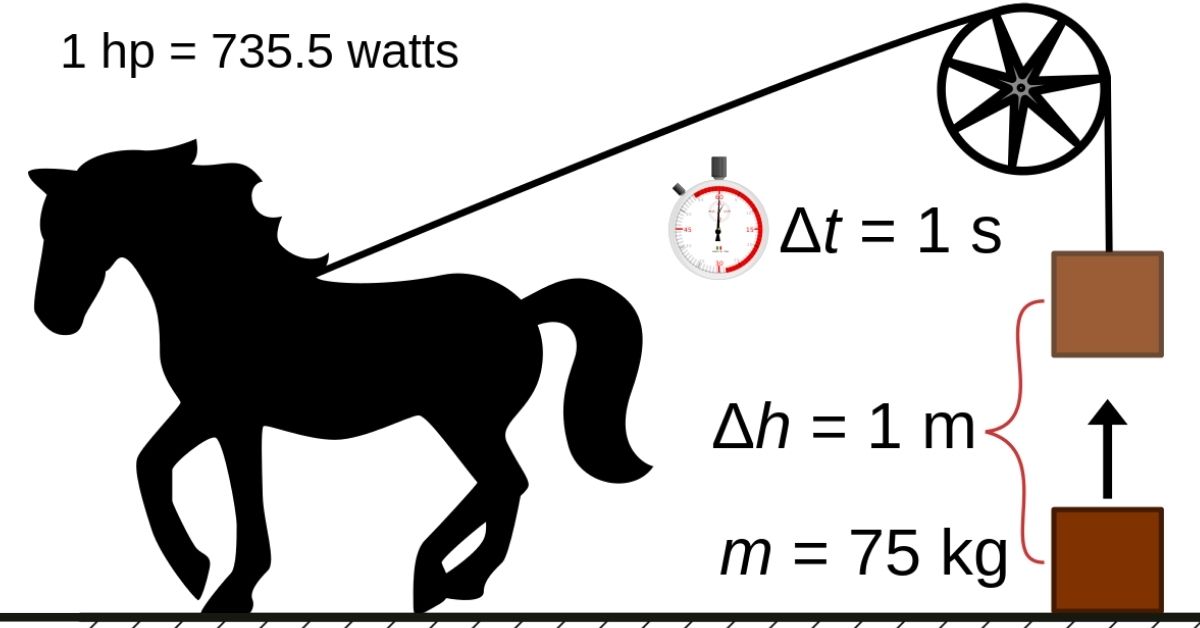 When you want to express horsepower in the metric, you must express distance the horse travelled every minute in meter:

Next you can express force the horse could pull in kilogram:

Then you can calculate metric horsepower:

As we know, metric horsepower was defined as the power to raise a mass of 75 kilograms against the Earth’s gravitational force over a distance of one metre in one second, so

You may convert horsepower to Watts or vice versa. There are 735 watts in one horsepower. Hence, you have to multiply the number of horsepower by 735.

To convert watts into horsepower, multiply them by .00136. Although these units are convertible, they represent a certain rate of power. Horsepower is usually used for mechanical strength.

How Much Horsepower Does a Horse Have?

A horse can have the most 14.9 horsepower, which is the peak of its ability when engaged in a sustained task. You may round it off to 15 horsepower.

But you have to know that output differs from horse to horse.

Some breeds are larger than others. Large species may give 14.9 horsepower, but it’s impossible for small ones.

So, how many horses equal 1 horsepower? It depends on the horse’s weight. An equine can pull 10% to 15% of its weight within four hours.

But miniature horses only weigh around 90 kg. So, 5 to 8 of these horses can release one horsepower. It can happen if they have the same force and speed as the draft horses.

You know now that weight matters for a horse to achieve one horsepower. So, why does a horse have 15 horsepower?

You may think it refers to all the combined forces of more than one horse. But it’s not as one horse can give 15 horsepower. 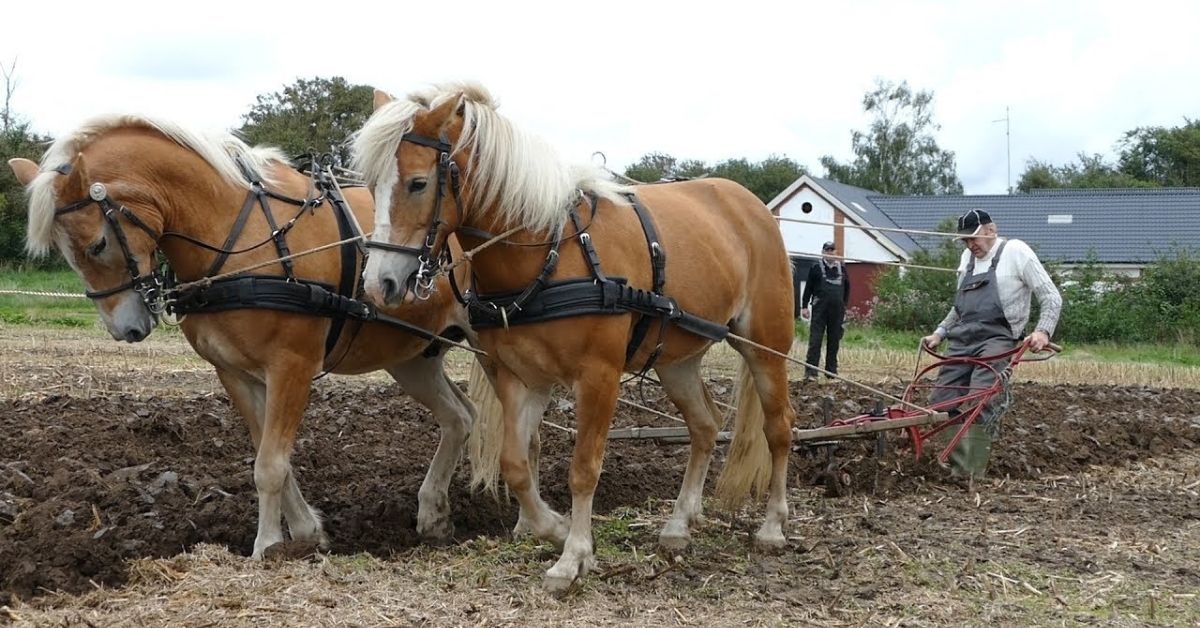 R.J. Wassersug and R.D. Stevenson summarized the work rates of horses. They share them in an article published in a scientific journal called Nature. The discovery of the peak rate of horses happened at the Iowa State Fair in 1926.

A horse can have a peak work rate of 14.9 horsepower, but it’s only for a few seconds. Note that this highest rate is short-lived. A horse can only maintain one horsepower in an uninterrupted activity.

This ability of equines is helpful in the agricultural sector. It’s the reason why people used to depend on them in the past. Horses were popular in providing this kind of service in the 19th and 20th centuries.

The consistency of horses in their work rate is close to what a healthy human can do. 1.2 horsepower is the highest rate of humans. But humans can only exert a force of 0.1 horsepower in a continuous activity.

But excellent athletes can do much better at 2.4 horsepower for the highest work rate. These people can keep up with .35 horsepower for several hours.

Usain Bolt broke the record with his greatest horsepower of 3.5 in 2009. Still, it’s lower than the work rates of horses. Even more, equines are four times more efficient than vertebrates.

It’s easy to imagine and relate to the horses’ working abilities when we compare them to what humans can do. Even the fastest man in the world can’t beat them, as horses can have higher horsepower than us.

How Much Horsepower Does a Baby Horse Have 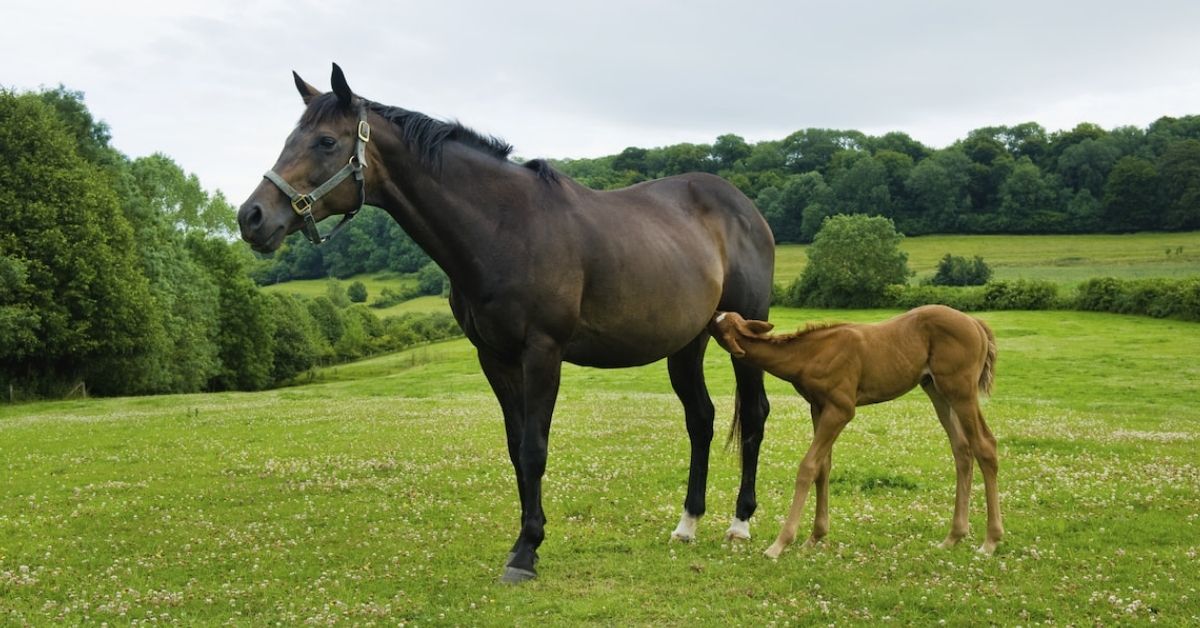 The legs of the foal are adult size from the moment of its birth. It can stand up within an hour after birth. Moreover, it can run beside the mare in a few hours. Give a foal 24 hours, and it can keep up with the herd of horses.

These things make it possible to determine the horsepower a baby horse can have. You have to know their weight, force, and speed.

How Much Horsepower Does a Draft Horse Have?

As mentioned, one horsepower is equal to 746 watts. Researchers from the Institute of Physics confirmed this through a calculation. The average mass of a horse, force and average speed (miles per second) are the factors.

Draft horses are heavier as they can weigh from 997 to 1,360 kg. With these weights, it is safe to double the watts or horsepower that draft horses can have. They can commit to 1,500 watts or 2 horsepower in four hours of work.

The typical horse can have one horsepower from working three hours or within the day’s work. It varies as it depends on the horse’s weight and exerted effort. Distance and speed are other factors in obtaining horsepower. Some horses can only have a third of horsepower in a day’s work.

But some horses, most likely, draft horses, can have the greatest 15 horsepower. Their weight makes it easy for them to reach 2 horsepower. It shows they’re stronger than other breeds, especially the slim and light ones.