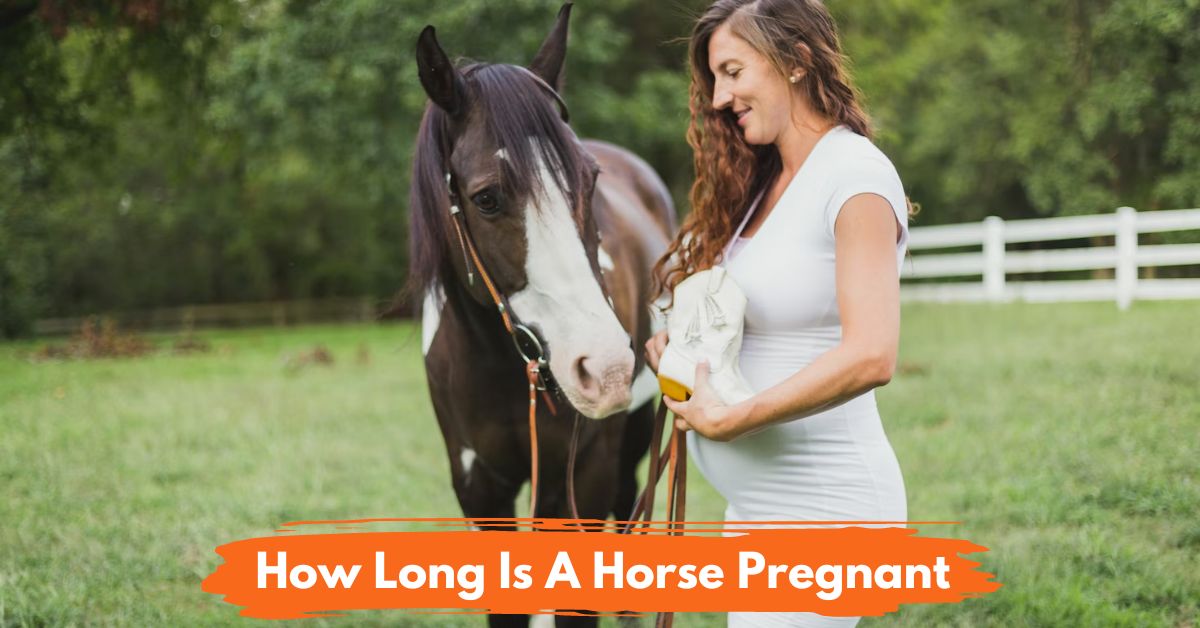 Do you know how long a horse is pregnant? You may say, “Ten to twelve months.” Well, the answer is not that simple. On horse pregnancy, we should consider the breeding, the identification, gestation stages, daily care, delivery, emergency, and so on.

As a horse fancier, I have been feeding fourteen adult horses and two baby horses. So I am curious about the details of horse pregnancy. In this way, I have done a lot of research on the symptoms of pregnant horses. And I hope this could help you to identify your pregnant horses.

Today, I would show you some key information about pregnant horses, including the ideal age for breeding mares, the mare’s cycle, pregnancy check, gestation stages, pregnant horse care, twin pregnancy, leading up to foaling, labor and delivery, emergencies, and so on. Would you like to know these details? Read the article to find out what you want.

The Ideal Age For Breeding Mares

A mare could get pregnant when she is more than 18 months. But too early pregnancy may damage the health of your mare horse. Thus, the ideal age for breeding mares for the first time should be more than 3 years old. And the weight of your mare should be above 90% of the average weight of an adult horse. At that time, your horse is fully mature. Besides, there is no need for you to breed your mares too early, for your mare horse could get pregnant until their late 20s.

Briefly speaking, mare horses are polyestrous seasonally. And the estrous cycle of a horse could be about 21 days. And your mare would be heated for seven days, which is the best time for you to breed your mare. And the animals often cycle during the season with long daylight length, usually around the Summer Solstice. Thus, the mare would deliver her baby horse at the most hospitable time, usually in Spring.

If you intend to breed your mare, it is integral for you to know the mare’s cycles to get successful breeding. Since seasonally polyestrous, your mare would be light sensitive. This implies that increasing daylight would cause the cycles of your mare to start by decreasing melatonin. In this way, the natural breeding season, the normal equine cycles, would be around the Summer Solstice.

Stimulating the longer daylight by artificial light, some breeders of performance horses might manipulate a mare’s breeding cycle. In this way, the mare would go into heat earlier. And this would make the foal be born earlier in the year. Therefore, the owners or managers could get more profit.

How to Tell if a Horse is Pregnant

After breeding your mare, you may wonder how to tell whether the mare is pregnant or not? This is a good question. And I believe we all care about this question. At this point, you should notice if your mare is absent of estrus within three weeks.

If your mare doesn’t go in heat for three weeks, your mare may be pregnant. However, some mares might look like heat even after conception. Therefore, One of the most reliable ways is to call a vet to determine your mare’s pregnancy by ultrasound. You could do this examination as early as two weeks after breeding.

Besides, the experienced vet could touch the embryo in the mare’s uterus by rectal palpation at the sixth week of pregnancy. After two to three months of conception, a blood and urine test would help you to confirm the pregnancy of your mare.

However, some mares might not have signs of pregnancy. In this way, some owners may discover the pregnancy before labor. And planned insemination might not be the only way for a mare to get pregnant. Besides, false pregnancies are common in horses. Thus, it is better to call the vet, if your mare shows one or more common signs. 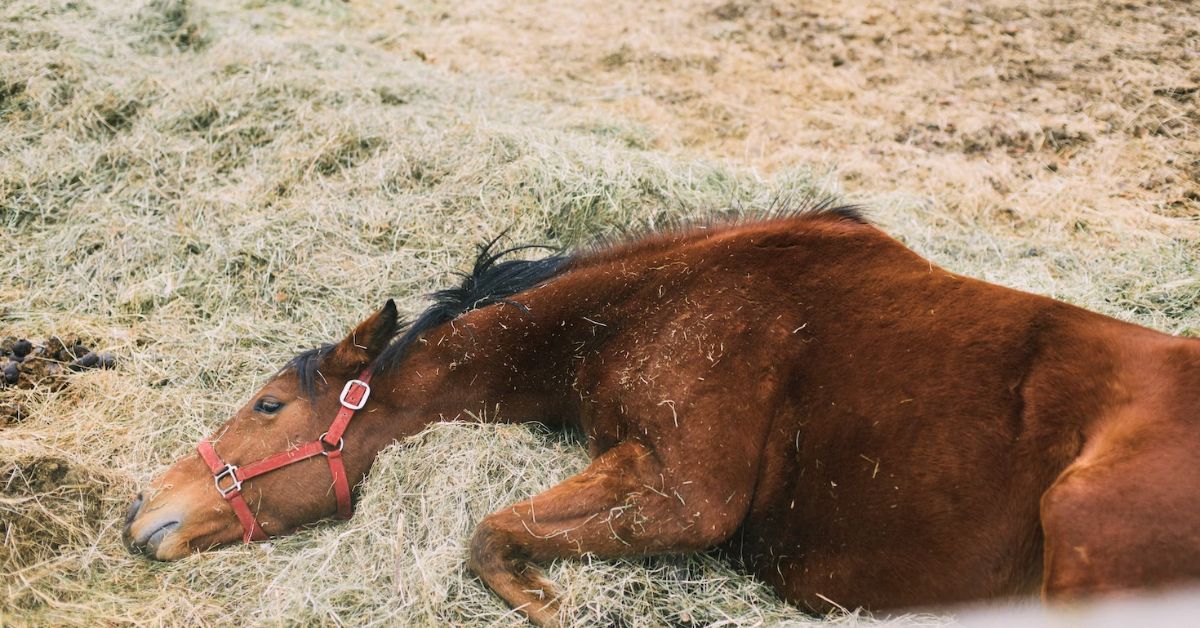 During the first three months, the vet would confirm the conception after breeding for two weeks. Almost a month later, the vet could hear the heartbeat of the foal with an ultrasound. And the vet may determine the foal sex by third month.

The next period would be the second three months. During this period, the foal would grow rapidly. Thus, the mare would need more nutrition from food and other crucial elements.

The last period would start at the early seventh month, approximately 226 days of conception. It is vital to pay attention to the mare’s condition and stop training during this period. With birth coming, you should avoid great changes on your mare, because they may be stressful and disturbing to your mare.

Pregnant horse care would be similar to daily horse care before pregnancy. During the first several months after conception, smooth physical activity is available and ideal for the survival of the foal. Besides, appropriate exercise would be beneficial to the delivery of your mare. You can even ride your horse until the sixth month after conception.

Since the seventh month of conception, the foal would grow rapidly and increase a few pounds each day. And you should attach great importance to the mare’s diet, especially adding necessary nutrition, including vitamins, minerals, and so on. Besides, you should pay attention to the health condition of your mare during pregnancy.

In general, a mare could carry only one foal per conception in a specific year. While, twin foals may occur occasionally. However, if you are trying to breed your mare, this situation would be taken into consideration.

Unfortunately, most twin foals could not survive due to various complications. Sometimes, the vet might remove one embryo so as to get a chance to the survival of the other. In the first several months, a mare with a twin pregnancy might reject one or both twin embryos. This may delay the next pregnancy.

Sometimes, after managing to survive after 60 days, it is likely to get a miscarriage from 6 to 8 months. And the foals would be premature with health issues. Although several cases of healthy twin foals, you should consult your vet and take care of your mare if it has twin pregnancy.

Leading Up to Foaling

Generally speaking, the foaling day would be from day 326 to day 354 on average. Some breeders might use the test kits to anticipate the foaling day. While, the exact foaling day would be unknown usually. Before delivery, there are some signs of the mare which might imply that her body is ready to foal. For example, her udder may look full, and drip milk. And her belly would be lower than before.

To successful delivery, a large special stall for your mare would be arranged with a lot of straw, fresh water, and hay. When your mare starts going into labor, she would probably paw the ground and appear restless. And she might paw up and down frequently. Eventually, your mare could give birth to the foal.

Statistic shows that most mares in nature would give birth to foals at night. Because the foal might need to prepare for adapting the new surroundings. And the environment at night might be more friendly to your foal. Exactly, the delivery might have three periods.

During the first period, before delivery, your mare would be upset and refuse food and water. And she would paw the ground and stand up and down frequently. This period might last from 30 minutes to 6 hours. And your mare would wrap her tail and keep the perineal area clean. Once the water breaks, this phase is over.

The second period, shorter than the first one, would last from 15 to 25 minutes. During this period, you should reduce noise to a minimum and avoid disturbing your mare. When the birth starts, your mare would lie on its side. You would notice the foal’s front hooves, nose, ears, etc continuously. You or your vet should make sure that the foal is breathing. Besides, you should pay attention to disinfecting any biologics with iodine. And it is suggested that the umbilical cord of the foal should not be cut immediately. For, some blood might flow into the foal after birth through the umbilical artery.

The last period would be after the delivery and the birth of the foal. You should pay attention to the passing of placenta. And the foal should be able to stand within one hour, and should show the nursing ability within two hours. Besides, the mare should not require extra post-partum care on general cases.

During the delivery, there might be several emergency situations that should be taken into consideration. One of the common emergencies is that the amniotic sac would appear “red bag” during the second stage of labor. The “red bag” could imply that the placenta detaches from the uterine wall too early. This severe situation might lead to the death of the foal.

“Breech deliveries” should be viewed as common emergencies while delivery. An experienced vet could handle this situation. Besides, after delivery, you should pay attention to the passing of the placenta. If the placenta doesn’t pass within three hours, it would be an emergency and you may require a vet.

In conclusion, it is not easy for a mare to deliver a foal. Emergencies happen on any occasion. An experienced vet would be required, when you are preparing to welcome the foals.

Can you ride a horse while pregnant?

However, while pregnant, you might not join the horse racing, or ride a horse rapidly. If you really want to ride a horse, or do some exercise, make sure to consult your doctor, and follow the guidance of your doctor.

Can you ride a pregnant horse?

How to tell if a horse is pregnant or fat?

One of the most reliable pregnancy check ways is to call a vet to determine your mare’s pregnancy by ultrasound. And you could do this examine as early as two weeks after breeding.With an ultrasound, the vet could hear the heartbeat of the foal a month after conception.

What is a pregnant horse called?

In conclusion, it is not easy for a mare to give birth to a foal. As mammals, the process would be more likely as that of human beings. So during the process of conception and delivery, you should be careful and well-prepared under the guidance of the experienced vet.

Besides, the pregnancy of a horse would be longer than that of human being. And the pregnancy length of a horse could be determined by the time point of breeding, the daylight environment, the delivery experience of the mare, and so on.